'You and I Don’t Live on the Same Planet'

Two artworks filmed at CERN are currently at the Taipei Biennial 2020 'You and I don't live in the same planet'.

Presented by the Taipei Fine Arts Museum, the 12th edition of the Taipei Biennial opened to the public on November and will run until March 2021. You and I Don’t Live on the Same Planet proposes a fictional “planetarium” within the museum, wherein the invited artists, activists and scientists will explore the tensions between the gravitational pull of different “planets.” Each planet embodies a divergent version of the world, not only in terms of representation but also in terms of materiality. Showcasing a lineup of works by 57 participants and groups from 27 countries, the biennial is co-curated by French philosopher Bruno Latour and French independent curator Martin Guinard along with Taiwanese independent curator Eva Lin.

French artists June Balthazard and Pierre Pauze premiered Mass, 2020, embedded within Planet with Alternative Gravity. Oscillating between a lunar landscape and a film studio, the video installation focuses on the notion of emptiness, matter, and what allows the world to “hold” together, straddling documentary and fiction. Starred by Michel Mayor (2019 Nobel Prize in Physics) and Chiara Mariotti (2018 EPS Emmy Noether Laureate), the semi-documentary exposes one of the great debates of current physics. For the Michel, an astrophysicist, the void is empty, whereas, for Chiara, a particle physicist working at CERN for over 30 years, the void is filled by a vibratory field, which is called the Higgs field. Through the conversation, the two theoretical models of physics, that of the infinitely large (guided by Einstein’s relativity) and that of the infinitely small (quantum physics), are exposed to be, for the moment, irreconcilable. Each works on its own scale, but these two realities do not seem to be part of the same world.

June and Pierre visited CERN for the first time in August 2019 hand in hand with particle physicist Chiara Mariotti, after an introduction through an art teacher with whom Chiara had previously worked for art@CMS. Many conversations about particle physics, the Higgs Boson and the vacuum, and a few visits to the different experiments (CMS, AD, the robot facilities, CCC, AMS, Isolde, Medicis) led the French artists to choose Chiara as one of the main characters of the documentary. Driven by the artists’ desire to have in conversation a particle physicist and an astrophysicist, Chiara invited Nobel Laureate Michel Mayor to take part in the film.

The scientists’ discussion also takes on a metaphysical dimension about void and matter, where the fictitious aspect of the work comes into play. The two researchers are filmed as if it were a fable: Michael Mayor is shown in the Thoiry Caves into which he has withdrawn to meditate, which is an unconventional place for a Nobel Prize winner to give an interview. Chiara Mariotti, meanwhile, is filmed at CERN Prevessin (France), the CMS Experiment - plunged into darkness during the filming - and her private house and its surroundings. Composed by Domenico Vicinanza, a piece of music of the documentary is part of a big work of sonification played by the Thoiry Orchestra, where Chiara plays the flute. Filmed at her house, Chiara also delights the viewer playing O Rubor Sanguinis by Hildegard von Bingen. “Working with artists reminds you of the purpose of what you do, and reinvigorates your determination towards fundamental research” Chiara affirms after her experience working with June and Pierre.

"Where to go if you know that the modernizing project of planet GLOBALIZATION is going nowhere?" Planet Terrestrial restlessly looks for ways to achieve prosperity while staying within the limits of planetary boundaries. Filmed across the Tibetan Plateau, the Hsinchu Science Park in Taiwan and CERN, Lithium Lake and the Lonely Island of Polyphony by Chinese filmmaker Liu Chuang focuses on the industrial production of lithium ore, a key element in a carbon-free society. As the core component of power supplies and battery storage, lithium is in increasingly high demand, refined from deposits in such places as the Salar de Uyuni in the Andes Mountains and Lake Zabuye on the Tibetan Plateau, with a production chain that stretches from Chile to the highlands of China.

The film also considers traditional polyphonic music as a form of prototypical technology. Polyphony is now understood to have been a common form of music in ancient times, and this has shaken the view of music history as a linear evolution from monophonic to polyphonic. Because the origins of music and technology are intertwined, the rise of the internet and digital archives provide new opportunities for music anthropologists to interpret traditional polyphonic music.

Martin Guinard, co-curator of the Biennial, remarks: " If we want to find ways to become sensitive to the New Climatic Regime, but also to cope with it, it is necessary, as Bruno Latour would say, to create a dialogue between three different forms of aesthetics: the political, the scientific and the artistic. Artists and scientific have methodologies which are of course incommensurable, but this kind of dialogue can be extremely productive." 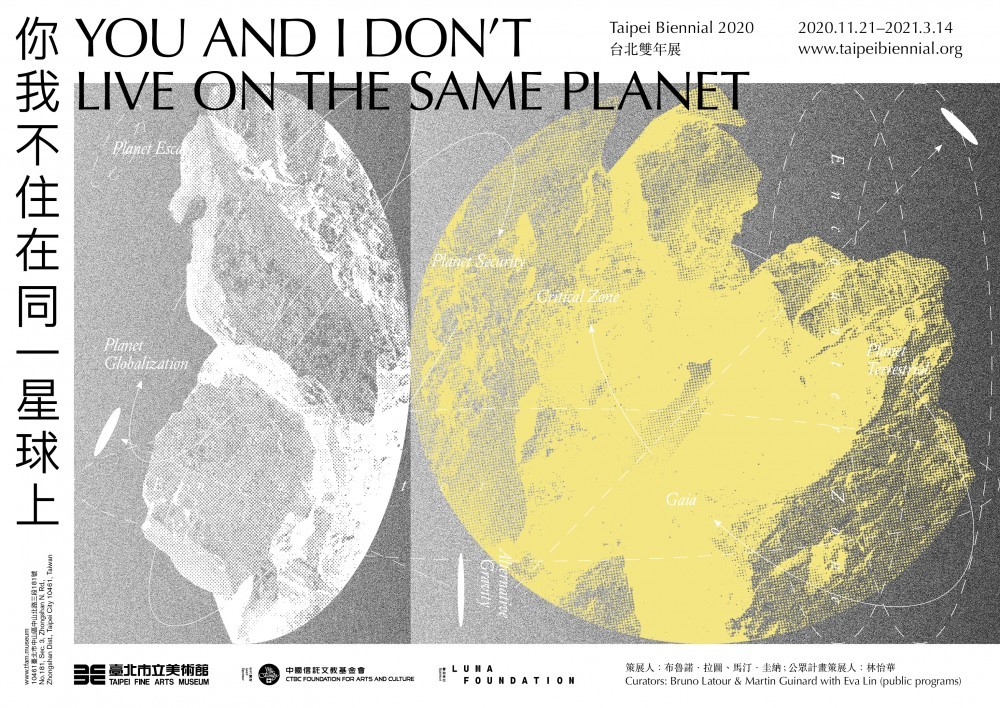